Against acute and chronical diseases of the respiratory organs

Symptoms of the disease:
Initially the pigeon fancier notices sneezing and an aqueous nasal discharge, which in the acute form of the disease becomes mucopurulent and yellowish brown in colour. This is accompanied by the first signs that the birds’ general condition is impaired, namely reduced feed and water intake, cessation of down moulting and a reluctance to fly. The wattle and bridge of the nose turn grey and there is scratching of the head and nose. When the beak is opened, stringy mucus can be seen stretching from the retrolingual region to the palate. Additional clinical signs are a reddening and swelling of the pharyngeal mucosa.
In the advanced stage of the disease, whitish-yellow deposits are formed in the laryngeal region. The inflammatory processes extend to the windpipe and the lower respiratory tract (air sacs).

Recognition of the disease:
The diagnosis “infectious catarrh” can usually be established simply from the behaviour of affected pigeons, the inflammatory changes in the head region and respiratory tract and the characteristic sounds of respiration (wheezing). Veterinary examination and bacteriological demonstration of the pathogen are recommended on first suspicion of disease. 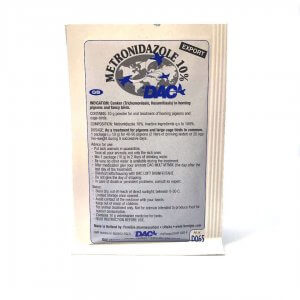 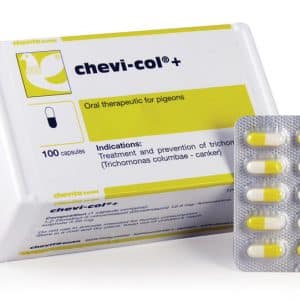 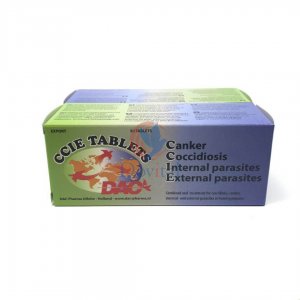 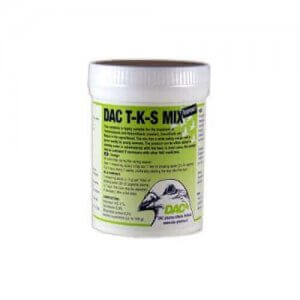 This combimix is highly suitable for the treatment of Trichomonades and hexamites (canker), Coccidiosis and Mucus in the upperthroat The mix has a wide safety margin and is borne readily by young animals. 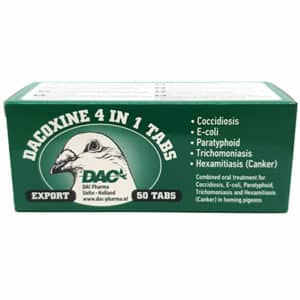 Dacoxine Tabs are intended for the individual treatment of bacterial infections, vigorously active against gram-positive and gram-negative bacteria (Paratyphoid, E-coli) and Canker. 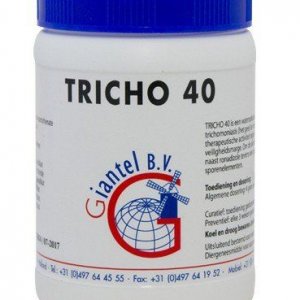 TRICHO 40 is active against trichomoniasis and hexamitiasis and has a high therapeutic activity in pigeons infected by these protozoa. To improve bad condition of infected birds, TRICHO 40 also contains a strong dose of vitamins, amino acids and trace elements. 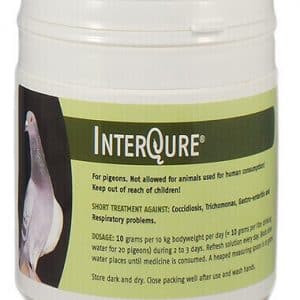 Magistral prepared combination of medicines with simultaneous action against: Trichomonas (Canker) Coccidiosis, Gastro-enteritis and Respiratory problems. Formula is different from GeneralQure and meant for short treatment. 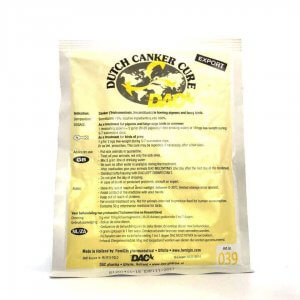