CarboPower consists of 81% of higher polysaccharides, which are extremely energy-rich and can be stored very well in the muscular system.

For a high-performance musculature

Musculature – training capacity – oxygen demand
The energy recovery within the muscle fibres can take place faster and more effectively by already training intensively before the beginning of the season. The pigeons should therefore be wellconditioned early on. A pigeon in very good condition has an increased metabolism and can therefore better supply the musculature with energy. A well-trained musculature has a higher degree of effectiveness and thus improved utilisation of energy reserves.

The pigeon requires approximately 5 times the amount of oxygen as the human just during rest. During flight, the metabolism is increased another 10 fold. This makes it clear just how important it the ability to transport fatty acids (energy carriers) and oxygen from the blood as quickly as possible to the muscle cells is for the performance of the pigeon. The faster the process takes place, the more energy the pigeon can burn per time unit and change over into flight performance.

musculature CarboPower consists of 81% higher polysaccharides, which are extremely rich in energy and can be saved especially well in the musculature.

On the basis of its high energy values, CarboPower should first be administered together with C-M-C 2 days prior to the competition flight. 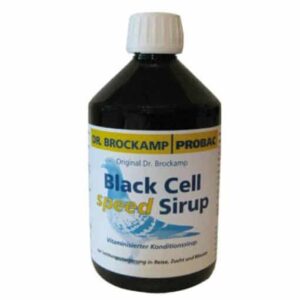 To improve the recovery after the race as well as performance improvement during the racing season, breeding and the moulting period

Endosan contains, just like Probac Oregano Oil, digestive-promoting essential oils from the oregano plant, but in water-soluble form. This makes it particularly easy to administer via the drinking water to prevent stomach and intestinal infections. Lecithin is one of the most valuable active substances in the nature and is one of the essential cell constituents. It is essential for the continuous assessment of all body and nerve cells and engages in various metabolic 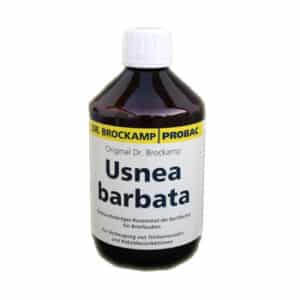 The fight against trichomoniasis has central importance in regard to the performance of the racing pigeon. 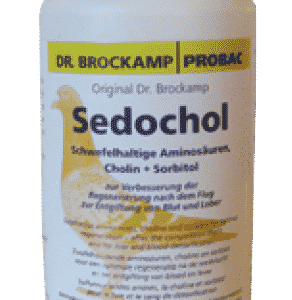 Sedochol Sulfur-containing amino acids, choline and sorbitol To detoxification of blood and liver for optimal regeneration after the race. Carnitine-magnesium complex (CMK) To improve the strength of the muscles, preventing skewed kites. The musculature of the pigeon is taxed excessively during workouts and races

Organically bound iron chelate. In order to increase the oxygen concentration in the blood.