Due to its special composition, Immun-o-flash® can have a positive influence on the strengthening of the immune system.

Immunity is not visible. The immune system nevertheless has an immense importance for the body. It protects the body from influences from the living environment. It registers threats of harmful microorganisms and viruses. It is very important to do everything possible to support the functionality of the immune system.

The immune system can not be constantly driven at the highest level. It needs a build-up phase and a rest phase. Permanent stimuli permanently “dull” the immune system, causing it to go out of control or stop functioning completely. The consequence would be an increased willingness to be infected for virus-related infections.

In the pet sector, the following virus types play a major role:

APV virus (avian polyoma virus): causes a very high nestling mortality especially in birds. This virus, formerly known mainly as the parakeet, is now also spreading extensively to canary and woodland birds. A spreading to pigeon populations is not yet known to my knowledge. The possibility, however, exists.

PBFD virus (Circo virus): is known for the spring and beak diseases. Young animals lose part of their tail and flight feathers in Nestlingsalter. These later grow in part again after a while, these feathers are lost again. It comes to a cycle without end. In carrier pigeons, “circoviruses” are associated with the so-called “young bird disease”.

PDD virus (Borna virus): is responsible for the usually fatal glandular dilation in parrots and parakeets. This type of virus is particularly difficult to drug, usually with no chance of success.

Initially, Immun-o-flash® was intended to be an earmarked solution to a problem I had been dealing with for over two decades. So I used to make frequent unpleasant acquaintances with the Polyoma virus in my birds. At some point-many years ago-the measure of everything was full, as many advice (including a long breeding rest) did not bring the hoped-for success. The combination of immune-relevant components from the natural food reservoir brought the breakthrough. It was not the dairy cow’s immunoglobulins nor the oregano fractions in all their diversity. The experience of many users in the bird and pigeon field have made me sit up in the last few years. Over the earmarked intended use of the immune o-flash many other interesting fields of application have opened up.
application

Immun-o-flash® is a dietary supplement and not a medicine. It can only be active in supporting the metabolism. In problematic stocks, therefore, the biological drug PT-12 (active substance: lactobacillus salivarius) should be used simultaneously for at least 10 days. Immun-o-flash® can also be given over a longer period of time. Decisive for the duration of the application is always: which goals are pursued with Immun-o-flash® and which functional areas should be covered.
Use in the target species
ornamental birds

Parent or breeding animals: receive over the grain, soft or germ food over a period of about 3 weeks Immun-o-flash®. After a three-week break, Immun-o-flash® is again administered over a period of 7-14 days. To help prevent irritation with the known APV virus, the application should be started at least three weeks before oviposition. It is important in this context that the application also extends beyond the entire laying phase. This form of application can be repeated several times a year without hesitation.
Juveniles: newly hatched juveniles of the first lover usually receive Immun-o-flash® over the diet of the parent animals for at least 10 days. Administration to juveniles of the second and third brood may make sense in the case of corresponding virus irritations. Special attention is paid to the appearance of the PBFD virus (spring disease). In order to prevent loss of tail and flight feathers, Immun-o-flash® should be used supportively throughout the rearing area. This means that the parent animals receive immune-o-flash® from the first day of life of the chicks up to the fledging of the kittens (over the entire nestling or nesting box phase).

Simultaneous administration of the re-scha products “fruit mash” and “tarsin” in equal parts has proved very successful in practice.
pigeons 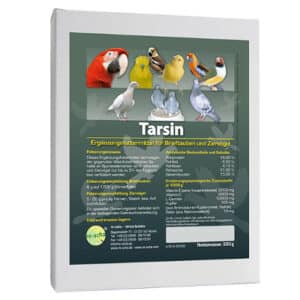 On a basis of carefully selected vegetables Tarsin is well-balanced for good-natured bacteria of the small intestine (like lactobacteria) and therefore the ideal supplement for the re-scha lactobacteria RS-12. Vegetables with high concentrat… 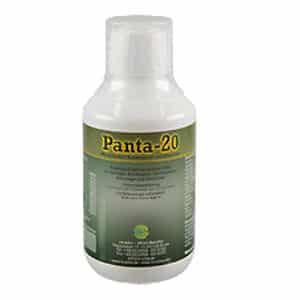 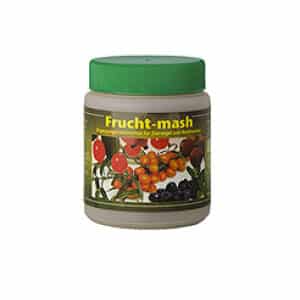 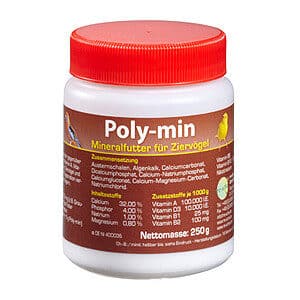 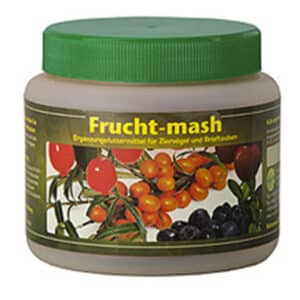